by nigeriagrasrootnews
in News, Politics, Sport Management In Nigeria
0

The challenges of political influence in sector in Nigeria, and most especially Sport, has been the basis for abysmal performance at all level. This seems to be second major challenges after lack of preparedness and sustainability factors.

Two Nigerian athletes, Alaba Akintola and Ezinne Abba, have vehemently spoken out against their ‘unjust’ exclusion from the World Championships starting on Friday in Oregon, United States citing negligence and egocentric actions of the stakeholders of the ministry of Youth and Sports.

Alaba Akintola, a 200m sprinter, despite making the qualification marks was never included in Team Nigeria’s team list to Oregon, Ezinne Abba, who is also a sprinter is more pained having been previously listed and only allegedly dropped 40 minutes before boarding her flight to Oregon.

Both athletes vented their disappointments on their Instagram pages where they accused the Athletics Federation of Nigeria and the Sports authorities of bias and incompetence.

Akintola, an undergraduate with the Middle Tennessee State University had hit the qualifying time in the 100m with a Personal Best (PB) of 10.04s and 20.26s in the 200m 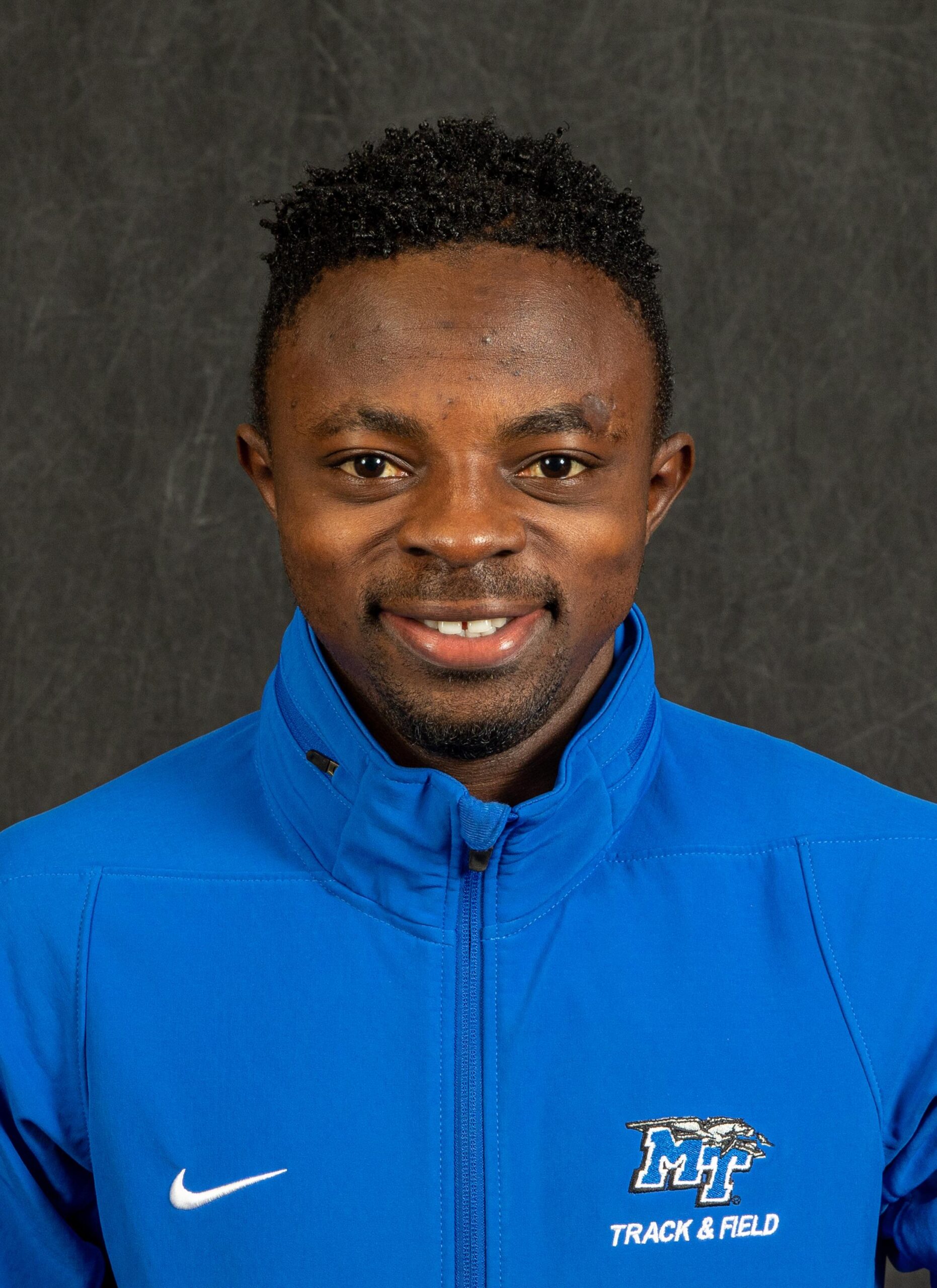 He was also instrumental to Nigeria’s qualification for the Men’s 4x100m Relay and was already preparing for his first-ever appearance at the World Championships only for his dreams to be shattered because of a biased system.

Aware of the different notions as to why he was dropped from the Nigeria team, the Tennessee-based sprinter took to social media to utter his frustration.

He wrote on his Instagram page: “Sadly, I’m going to be out of world championship after I qualified for 3 events(100M, 200M, & 4*100M) not because I failed dope but because of politics because that’s what it looks like rn; they hid under the umbrella of OCT (out of competition test), meaning I didn’t submit my whereabouts or whatever (been on this shit since march).

“They already cost me a major championship (that’s their plan ikr) and I knew they know what they doing/did. Thanks to everyone that cared and showed love, really appreciate it. Stepping stone to greater things”

For Ezinne, who recently decided to shun the United States and represent Nigeria only to be devastated by how her dream has been shattered by the negligent sports authorities.

The University of California, Berkeley graduate lamented that after sacrificing everything to represent Nigeria on the global stage, the AFN has failed her with their actions and inactions.

She took to her Instagram and said, “It has always been my dream to compete for Nigeria on the world stage. but, despite reaching the world standard, flying to Nigeria alone, switching my allegiance from the U.S., and mentally/physically preparing myself after my first ever hamstring strain.

“The Athletic Federation of Nigeria has failed me. The negligence and egocentric actions of the minister and other admin have once again overcome the federation which negatively affects the athletes.

“Why am I being told 40 minutes before my flight to Oregon, the week of competition, that I’m no longer competing because of their wrongdoings and irrational fear? I have already passed 2/3 drug tests, but for some reason, I am not allowed to do my third test because of “fear of failure”.

For Ezinne, more lip service is being paid to the continuous talks of overhauling the system as corruption and avoidable errors still reign supreme in the sporting federations.

“They speak repeatedly about trying to fix the broken system that is Nigerian Athletics by firing and hiring all new staff, but the corruption still lives. I, unfortunately, will not be competing at worlds or the commonwealth games,” she added.

Nigeria’s Olympic outing has so far has been another lesson in poor planning, preparations, and the general incompetence of the Nigerian sports federation, as a series of man-made blunders has heavily affected Africa’s most populous nation, which only boasts of 3 Olympic gold medals historically, despite having a large youth population.

A few days before the main athletics events at the Tokyo Olympics in 2021, Nigeria lost the ability to field 10 athletes due to nothing but lack of coordination at the highest professional sports level as they were banned by Athletics Integrity Unit.

Olympic silver medalist, Blessing Okagbare, reacted to the ban, blasting Nigeria’s sports administrators for focusing on everything else but the welfare of the athletes, which should be their main duty.

“If you do not know the sports, [are] not passionate about it/us [the athletes], then you have no business there as an administrator. The sports system in Nigeria is so flawed and we athletes are always at the receiving end of the damages.

“They are busy fighting over power, exercising their pride over Puma contract/kits forgetting their major responsibility, THE ATHLETES! It’s sad that this cycle keeps repeating itself and some people will come out to say I am arrogant for speaking my truth. It is my CAREER,” she added.

This also led to a protest by the banned athletes, as images of protesting athletes took over the internet. The athletes were not protesting against the Olympic organisers but against the incompetence of their own sports federation.

Upon becoming the first Nigerian to qualify for the men’s shot put final at the Olympics, Chukwuebuka Enekwechi posted a video on Instagram.

In the short footage that would later go viral, he was washing his jersey ahead of the shot put final. “When you qualify for Olympic Finals, but you have only one jersey” was the caption that accompanied the post.

The development revealed the ripple effects of the protracted leadership tussle within the Athletics Federation of Nigeria (AFN).

In 2019, the AFN board under Ibrahim Gusau signed a four-year kits sponsorship contract with Puma.

A section of the deal stated that Puma would supply Nigeria’s athletics team kits for four years.

The contract also included monetary rewards for Nigerian athletes who wear the sportswear during medal presentations at the Olympic games — with gold medalists earning $15,000, silver medalists getting 5,000, while a bronze medal will attract $3,000.

However, the contract has resulted in an ongoing legal battle between the sports ministry and the factional board of AFN.

In addition, Gusau, alongside Sunday Adeleye, technical director of the body, was dragged to court by the Nigeria Police Force (NPF) for the alleged diversion of over $75,000.

Consequently, the ministry failed to allow Nigerian athletes to wear the Puma branded apparel at Tokyo Olympics, arguing that it’s “a subject of a criminal investigation”.

The developments culminated in Puma prematurely terminating the deal with the federation for alleged breach of contract.

A day on Nigeria’s social media spaces, and one will come across complaints of drug abuse, cultism, armed robbery and banditry being adopted by the youths. This is not helped by the fact that Nigeria’s youth unemployment is as high as 42%. Many Nigerian youths are not productive, they are idle, and the only form of productivity they engage in is education, which has completely neglected the importance of sports for grassroots development; whereas a nation like Jamaica uses secondary school sports to scout talents for its athletics programme.

The net outcome of this dismal attitude towards sports development is that every 4 years at the Olympics, a country of 200 million people gets fewer medals than much smaller nations.

Bishops as bandits, a society in disarray

Bishops as bandits, a society in disarray