by nigeriagrasrootnews
in Entertainment, Lifestyle, Movie
4

Most public figures excel at virtually everything relating to their career by bagging numerous awards, and endorsement deals, increasing their fanbase, getting recognition locally and internationally, and other achievements.

No doubt, some of them are blessed with beautiful marriages, the likes of Joke Silva and Olu Jacob, who have spent over 35 years together as a couple are good references.

Richard Mofe popularly known as RMD is another top star who has had a successful marriage. He got married to a former presenter of AIT (Africa Independent Television), Jumobi Adegbesan four years after the demise of his first wife Ellen-Ezekiel Mofe Damijo and they have ever since then built a strong family together. 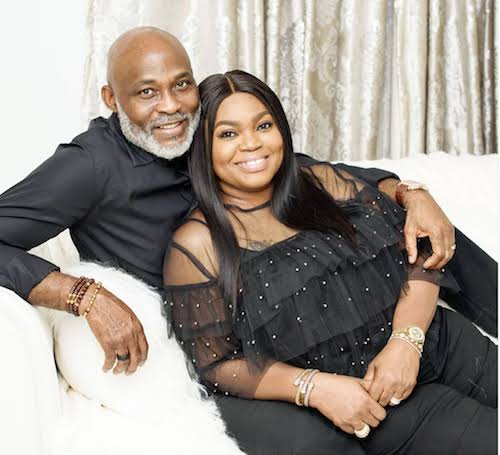 Despite hurdles, we have celebrities who have kept their marriage successful for over 20 years and more. The likes of  Omotola Jalade and Matthew Ekeinde are now married for 25 years, Issac and Nneka Moses for 24 years, and Tunde and Wunmi Obe tied the knot for over 24 years and still counting.

However, these successful nuptials does not mean things are perfectly smooth for all of them.Despite being the teachers of the masses, the reality is that these top Nollywood stars are not in any way exempted from what they preach or teach through their movies. While many of them have kept the ignition of their marriage burning, things are not so jolly when it comes to the opposite.

The serial news of divorce and breakups by celebrities keeps spreading through the Internet and this has led many to an endless controversial and conversational debate as it is mostly seen on the popular microblogging blue app.

Some of these users monitor the lifestyle of celebrities on social media pages. Stars who looked like they had great chances of lasting together ended up splitting with their partners.

The likes of Blossom Chukwujekwu and Maureen Esisi whose divorce came as a surprise to many Nigerians in 2019. Korra and Justin’s marriage which lasted for four years after their two beautiful daughters became a matter arising for the public.

Another recent divorce news that broke on the internet is that of the popular Nollywood star, Funke Akindele, and her husband Abdul Rasheed Bello popularly known as JCC. These two were married for six years and were blessed with a set of twins. Their union seemed like a turnaround or what can be best described as a change of story for Funke in regards to the failure of her first marriage to Kehinde Oloyede, a Lagos politician but things later fall apart.

Funke got married to her first husband in 2012 and one year later, Kehinde took to his Facebook page the news of their divorce. Just like the previous one, history repeated itself as Abdul Rasheed made their separation known on his Instagram a few months after they had an unseen, and unresolved issue in their marriage.

Chacha Eke’s breakup story with her husband of 9years, Austin Faani is also another hit-hard story on the internet. Chacha, two years ago, came with deceitful news on her marital status. She first made known to her fans that she was ending her marriage and later debunked the information saying she was diagnosed with bipolar disorder. Two years later she openly apologized to the public for her deceit and that she was calling her marriage a quit, and this time she meant her words.
Harry Benson, a Research Director for Marriage Foundation discloses in a report that globally, celebrities are roughly twice as likely to divorce as the rest of common people.

According to him, “the current divorce rate for ordinary couples over a lifetime is 39 percent but celebrities exceed that in only 10 years, females having more divorce rates than men.

“Despite all the comforts and advantages of fame and wealth, most celebrities just find it very difficult to keep a durable, peaceful home, and just a few are exceptional. These factual happenings can be balled down to lack of time in their relationship, societal pressure, ego emerging from the fame, money, and power, the female celebrity’s quest to be dominant to their partners, lack of trust, and the desire for freedom, amongst others.”

He added that celebrities are t gods, and they experience the same, if not more problems than the average human.
He said, “Many fail to face the reality of life and often think they are still playing a script (for actor-celebrities). And for some, they’re playing the script of the public, entertaining their fans at the expense of their marriage. Some even take it too far, entertaining their fans with their marriage!”

We often hold celebrities up as that which we aspire to. We fantasize and think that real-world relationships are always like the movies they act in (for actor-celebrities) But the truth is that what we see in the media is not always the same as what is underneath.